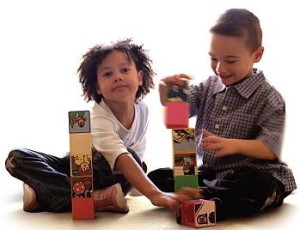 What is Applied Behavior Analysis (ABA)?

Behavior Analysis is the scientific study of behavior.   Applied Behavior Analysis (ABA) is the systematic application and use of the principles of learning and motivation from Behavior Analysis.  The use of the principles of learning theory is directly applicable to improving socially significant behaviors.  The scientific literature/community supports that ABA interventions/strategies employed are responsible for the social behavior change in a positive way for your child.  ABA can increase all of your child’s socially significant behaviors such as academics, social interactions, communication, living skills, harmony in the home, and/or individualized skills that are important to your child and family (Baer, Wolf, & Risley, 1987).

What is Verbal Behavior?

B.F. Skinner, one of the pioneering psychologists of our time, adopted the term Verbal Behavior (VB) in 1957 after conducting extensive research over numerous decades supporting that language is a learned behavior that can be taught systematically through the principles of ABA.  Verbal behavior is a large part of our therapy at AJB because we know that when your child can communicate effectively, then the child learns exponentially in all other areas of their life as well.  In the 1990’s, Skinner’s theory of verbal behavior/language acquisition became fully realized in practice and popularized by Drs. Mark Sundberg and James Partington who lecture and support use of Verbal Behavior throughout the world.

The Use of ABA/VB for Treatment of Autism Spectrum Disorder

Numerous institutions such as the U.S. Surgeon General, American Academy of Pediatrics, the New York State Department of Health, and all universities throughout the United States support the use of ABA in remediating the deficits that are typical with children and adolescents with autism spectrum disorder (asd).  ABA/VB is scientifically supported to increase social communication, social interaction, and limited/repetitive behaviors.  In fact, ABA is the only scientifically supported treatment to effectively treat your child’s asd and we are here at AJB to help guide you.  Please view the video and CNN article below to demonstrate the effectiveness of A and J Behavioral Health’s mission and treatment.